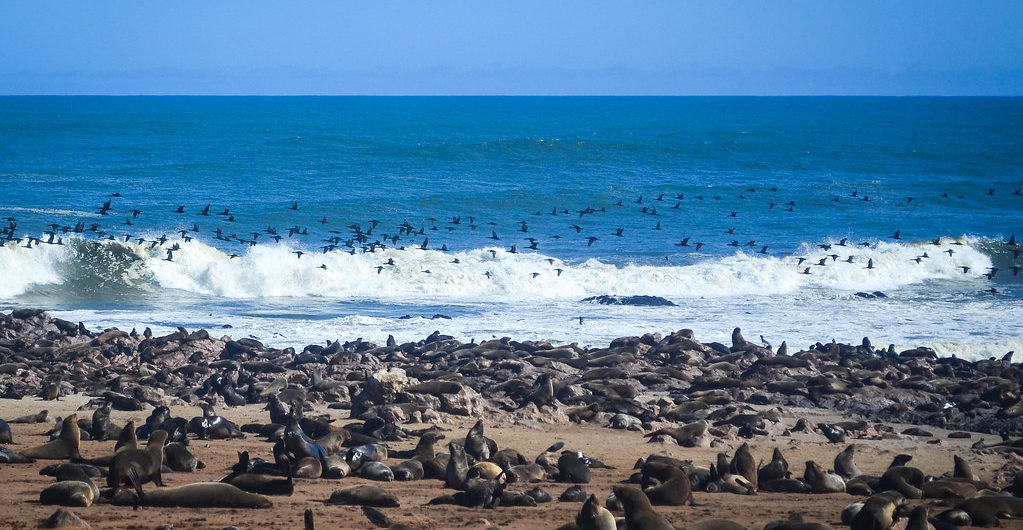 The fascinating history of Namibia is one that stretches to every corner of the country and when on a Namibia tour, there are so many places to go and so much history to see.

To the average person the name Cape Cross refers to the Fur Seal Reserve on the Skeleton Coast of Namibia.  The origins of Cape Cross are far from Fur Seals and very interesting.

The Portuguese explorer named Diogo Cão was the first European to reach the Namibian coast during the great exploration in 1486. Before he left the Namibian shores he erected a stone cross to honour this King of Portugal.  After centuries the cross was taken down and was sent to a museum in Berlin.  In the 1800’s the Germans constructed and replaced the cross with another cross.

Later German colonials did research into Cape Cross and that is when they found the massive Cape Fur Seal colony.  An English doing research in the area also found a huge amount of guano which was in great need in England where it is used as fertilizer.

The German Colonial then granted the English concession to establish the Damaraland Guano Company.  The company came to an end in 1903 and the remains of the structure was eventually demolished in 2001.  In its place the Cape Cross Lodge and reserve was established.

Today this area is home to a thriving colony of more than 200 000 seals.  This is the largest settlement of Cape Fur Seals in the world.  The nutrient rich waters of the Benguela current provides excellent fishing for the seals and they congregate on the shoreline all year round.  Towards the end of October, the bull seals start arriving in huge numbers ready to fight for territory and also the right to mate with up to 60 females.  During November and December the seal pups are born and the coastline comes alive the sound of bleating little bodies.  Seal mothers take to the sea in the masses to go fishing and on their return the mothers call out to their babies to re-establish bond and nurse the young seals.  During this time the area comes alive with predators eagerly waiting for a youngster to venture into the sea or too far from the protection of the colony.  Killer whales and copper sharks can be found in the waves while back on the beach black-backed jackals and brown hyenas frequent the area especially at dusk and dawn.

From a walkway, visitors are able to view the goings on of the colony.  Although the seals are extremely noisy, their interactions are captivating.  Information points are scattered around the area that give interesting details about the lives of seals.

Over the years Namibia has tried in vain to get the original cross back from Germany.

The place where Diago Cao landed was declared a National Monument on the 1 November 1968.  On the 11 October 1980 a replica of the original cross was erected at the exact location that Diego Cao had erected the original cross.