Namibia is a destination unlike any other in Africa. With its almost otherworldly dune landscapes, ancient deserts and incredible game viewing opportunities, Namibia is the ultimate African road trip destination for intrepid explorers. 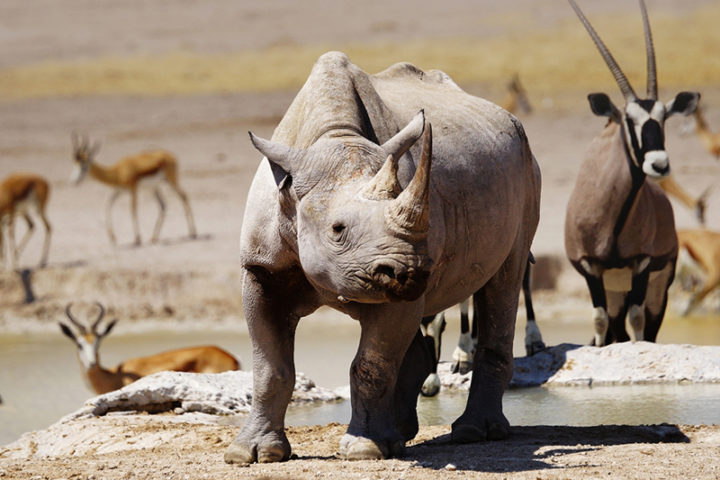 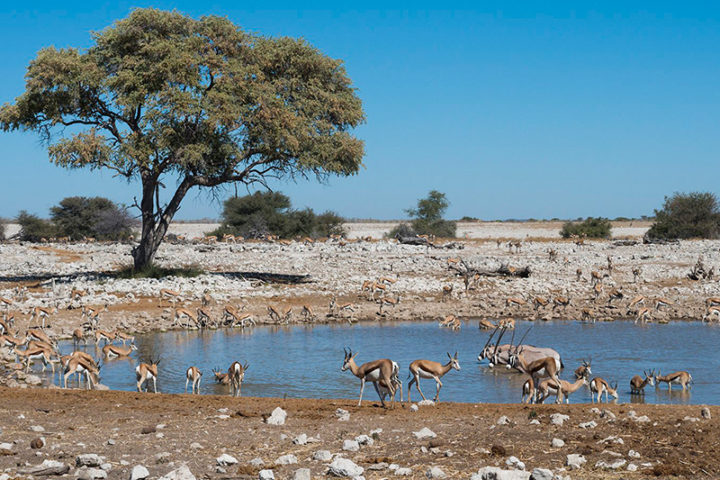 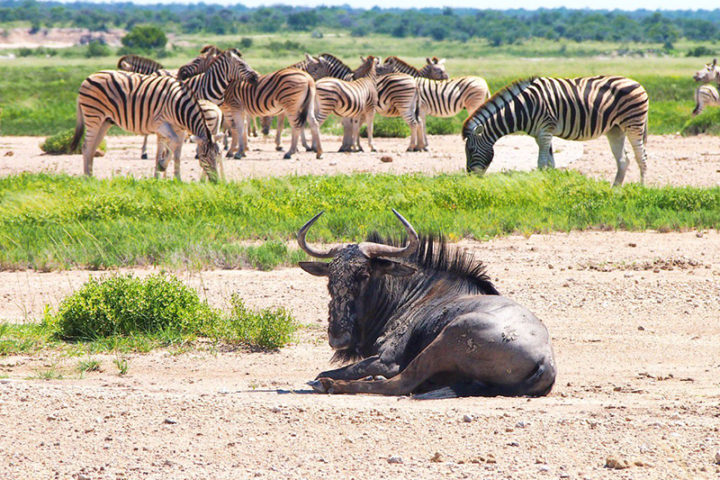 Over two-thirds of Namibian roads are gravel. We recommend renting a 4×4. Because Windhoek – where most rental car companies are situated – is 45 km to the west of Hosea Kutako International Airport, you will need to arrange a transfer from the airport to Windhoek with your rental car company. Alternatively, please speak to us and we will arrange a rental car and transfer for you. Rates on request.

Arrival at Hosea Kutako International Airport Windhoek and collection by your Rental Vehicle Service Transfer. Your are transferred to the depot where you will collect your rental vehicle, and the journey continues immediately towards the North of Namibia.

En-route you will travel through Windhoek and Okahandja. In Windhoek, you will be able to stop off and purchase water/snacks for your journey.

Okahandja is a town of great significance to the Herero, as it was the seat of Chief Samuel Maharero. Every year in August thousands of Hereros gather here for a pilgrimage to pay homage at the graves of their great chiefs. Okahandja is an important centre for woodcarvers from the north.

Arrival at the magnificent Waterberg Region and check-in to the lodge for your first night under Namibian skies. 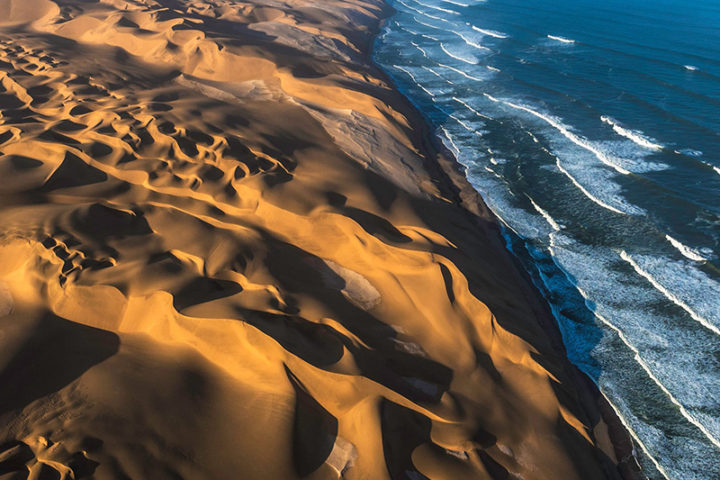 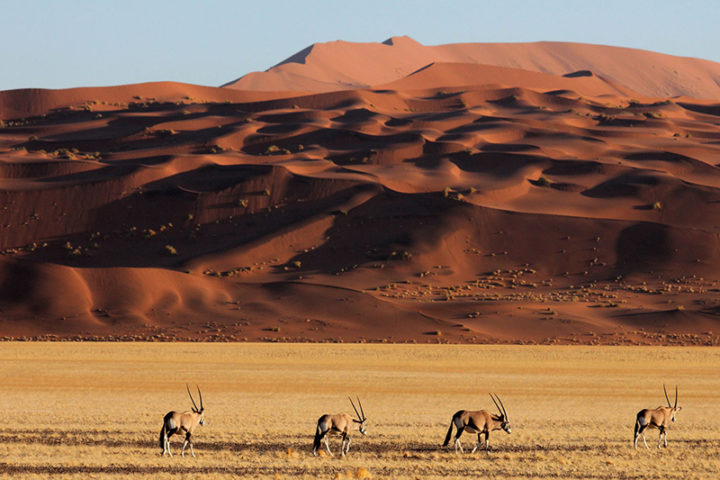 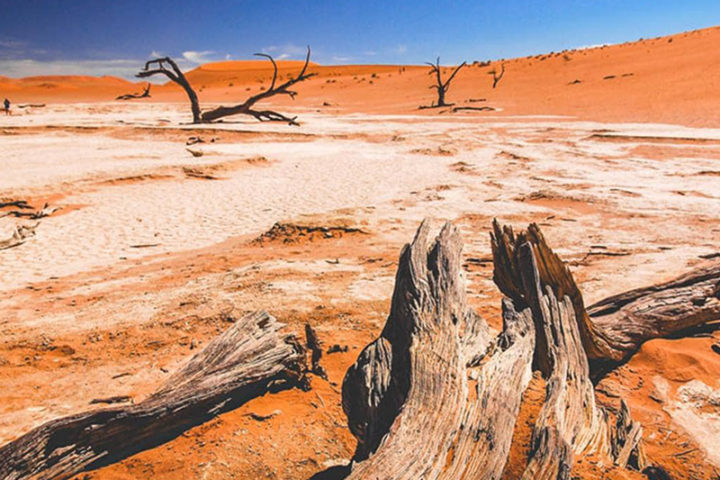 Enjoy a leisurely breakfast before you continue your journey, travelling via Otjiwarongo, Otavi and Tsumeb to reach the Etosha National Park Region.

Originally known as Kanubes to the Herero, Otjiwarongo is said to mean “pretty place” or “place of the fat cattle”, as the area is well known for its cattle ranches. Situated about 250km north of Windhoek, on a slope amid undulating plains, there are many guest farms and lodges in the Otjiwarongo district. Two interesting features of the town are the Otjiwarongo Crocodile Ranch where crocodiles are bred, as well as the Cheetah Conservation Fund, an internationally-recognized organization. The CCF is dedicated to ensuring the long-term survival of the cheetah through research, conservation and education.

Otavi is a small town which lies beneath the Otavi Mountains. The Khorab Memorial, about 3 km from Otavi, dates back to the First World War and marks the spot where a Ceasefire was signed at Khorab on July 9, 1915. 35 km north east of Otavi, on Ghaub farm, are the Ghaub Caves and Bushman paintings.

The town of Tsumeb, gateway to the north, has been closely linked to the mining industry since 1905. The history of Tsumeb is depicted in the Tsumeb museum, where a comprehensive collection of rare minerals can be viewed. In the Khorab room a collection of restored canons and other armaments, which were dumped into Lake Otjikoto by the German forces, are displayed. Many legends surround the lake: a favourite myth is that Otjikoto and its sister lake Guinas are bottomless. Shaped a little like an upside-down mushroom, Otjikoto was formed when the roof of a huge dolomite cave collapsed. Stalactite samples taken from an underwater cave have been estimated to be about 80 000 years old and a rare, mouth-breeding species of fish is found in the lake’s depths.

Check-in to your lodge and relax in your wonderful African surroundings, alternately travel the short distance to the Park Entrance and enter the famous Etosha National Park for an afternoon of game viewing. Return in the late afternoon to your accommodation outside the Park, note that the gates close at sunset.

The Etosha National Park, consisting of 22 270 sq km of saline desert, savannah and woodlands, is one of the largest parks in Africa. Its definitive feature is the Etosha Pan, a vast, shallow depression of approximately 5000 sq km. For the greater part of the year, the pan is a bleak expanse of white cracked mud which shimmers with mirages on most days. It is seeing vast herds of game with this eerie „great white place of dry water“ as a backdrop which makes the Etosha experience unique. A total of about 114 mammal species are found in the park, including several rare and endangered animals such as black rhino and black-faced impala. Many bird species occur in the park, of which approximately one third are migratory, including the European bee-eater and several species of waders.

Day 3 is yours to spend at your leisure. Your lodge offers a choice of wonderful activities, or pleasant relaxation at the pool. Alternately, spend time in the Etosha National Park once more viewing numerous animals and birds from your safari vehicle, or stop-off at the Park Resorts for refreshments/a swim/to relax at the waterhole and view the wildlife which comes to drink. 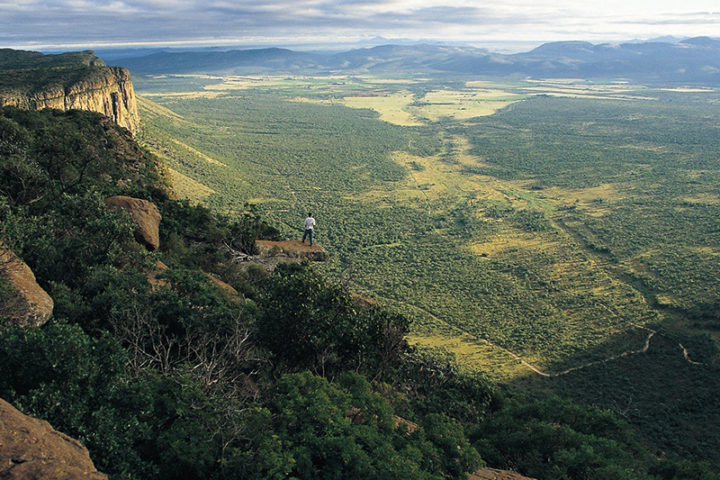 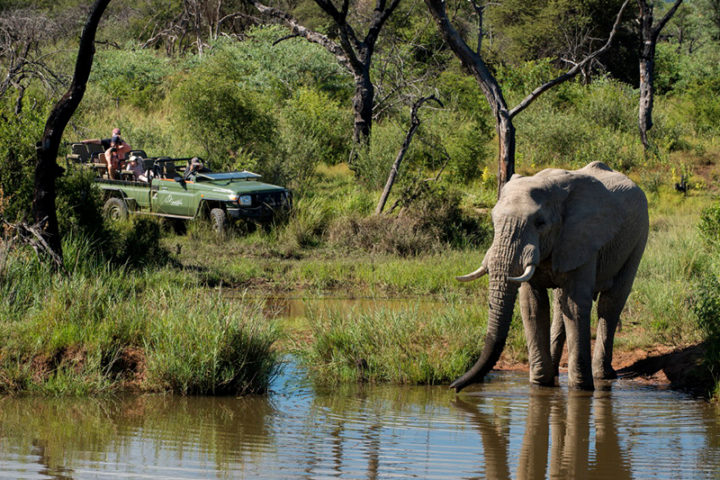 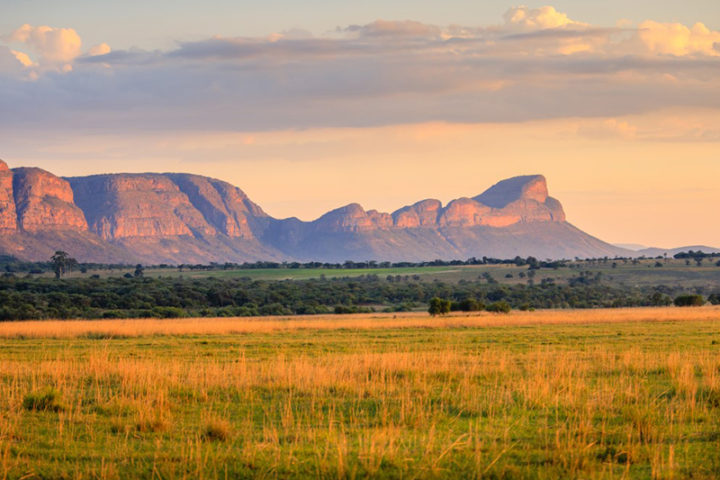 Today your safari returns again along the same route you travelled to Etosha, back to Windhoek where you will check in to your Hotel for your final evening in Namibia. The afternoon, and perhaps the following morning before your flight lends itself to some last-minute souvenir shopping, or take a look at some of the city sights including the Tintin Palast (House of Parliament) and the beautiful Christus Church. 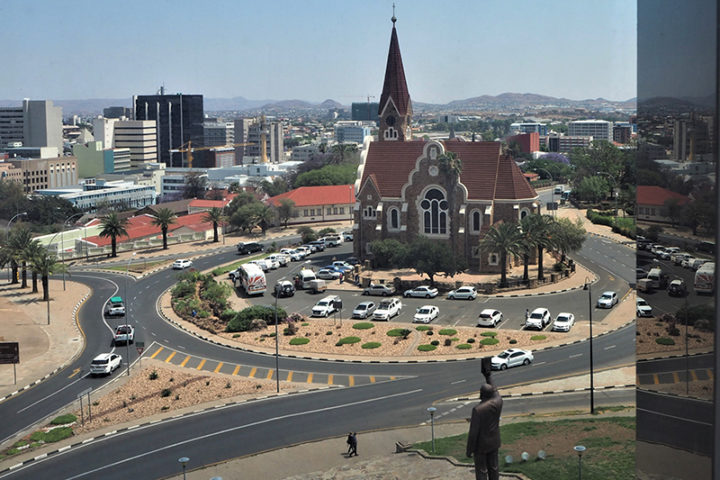 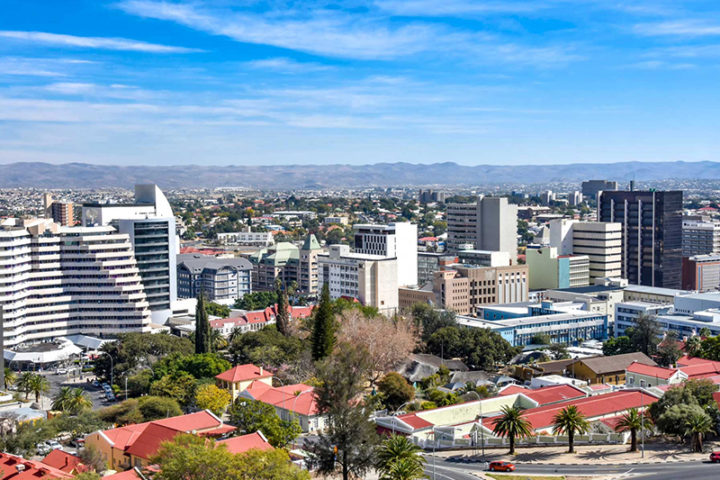 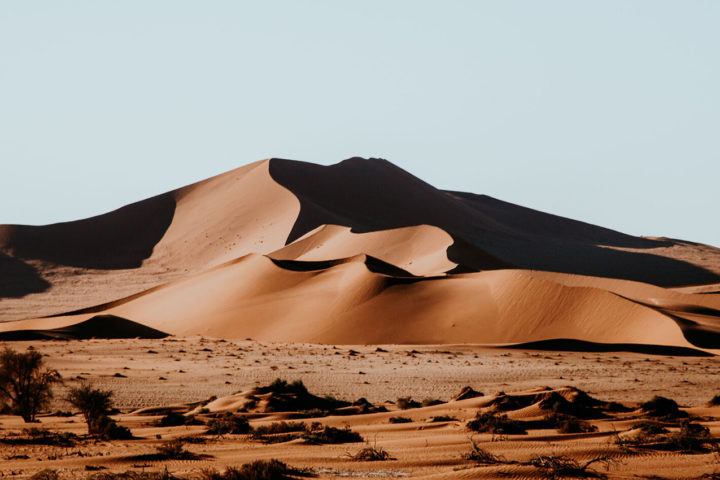 The Rental Vehicle company Transfer Service will collect you at the hotel to return the rental vehicle to the depot, whereafter you will be transferred to the Hosea Kutako International Airport. Check-in for your onward bound Flight and bid Nambia Farewell. 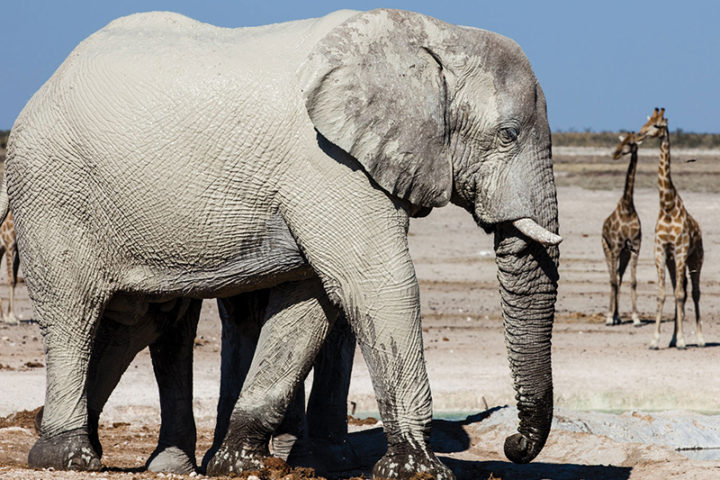 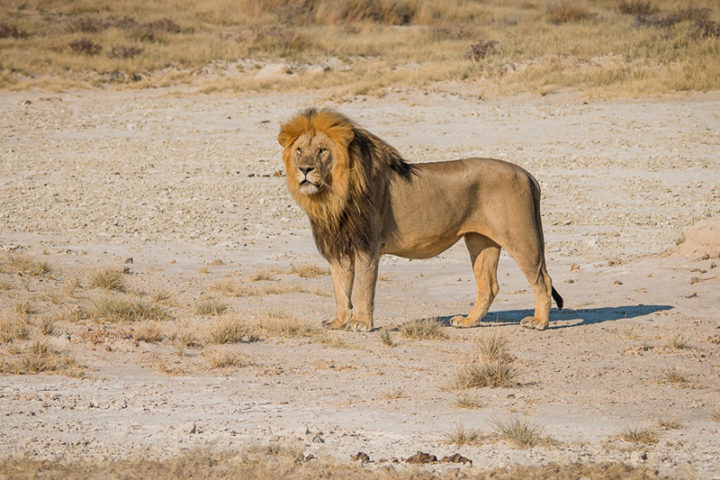 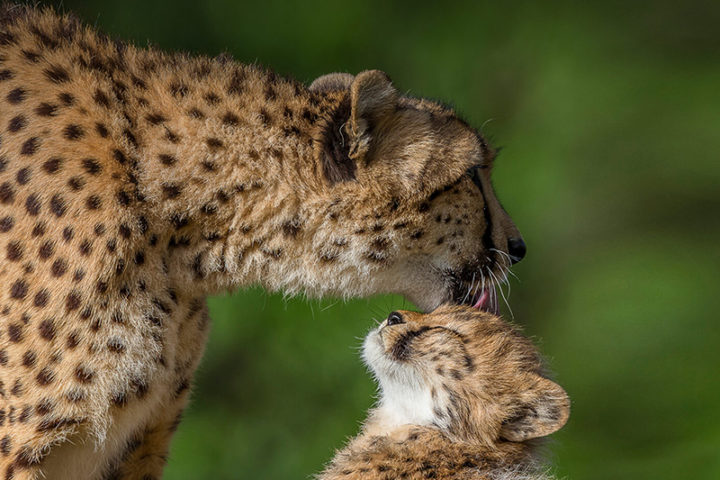 • Unlimited Mileage.
• Applicable Local taxes (VAT).
• Zero Excess Collision Damage Waiver including Glass and Tyres, providing no negligence is proven.
• Emergency contact service Information.
• Replacement vehicle in case of accident, excepting when the loss or damage or the event giving rise thereto was caused due to negligence of the renters or driver (whether authorised or not) of the vehicle.
• Second Driver if Indicated on Rental Form.

NOT INCLUDED in Vehicle Rental:

• Damage to a third party or to the rental vehicle due to negligence or inappropriate driving.
• Loss or damage to aerials, jack, safety triangles and vests, windscreen, wipers, petrol cap, luggage covers, or any other fixed or mobile component of the vehicle.
• Damage to the engine through negligence.
• Theft of the vehicle with keys left in the ignition.
• Damage caused to the vehicle or to persons through driving under the Influence of alcohol or drugs.
• Fines due to breaking traffic laws and regulations during the hire period are the responsibility of the driver of the vehicle. In the event of a fine being received, there will be an administration charge.
• Any extra equipment (GPS, baby seat, etc).

• Vehicle will be full (Fuel) on collection and must be returned full (Fuel).
• The minimum legal age to drive a vehicle in Namibia is 18 years of age.
• All drivers must have a valid Interational driver’s license which must be in English.
• Accident/theft of the vehicle must be notified within 24 hours of the incident.
• If the customer returns the vehicle earlier than the agreed upon drop-off date stated in the rental contract, the rental company will not refund the customer for any unused days.
• Please note that local conditions prevalent at the time of travel may result in modifications to tour contents without prior notice.
• For self-guided visits, entrance fees for both persons and vehicle are payable directly at the gate/front desk of each Park or attraction.

Please see your doctor for advice regarding vaccinations and malaria prophylaxis. 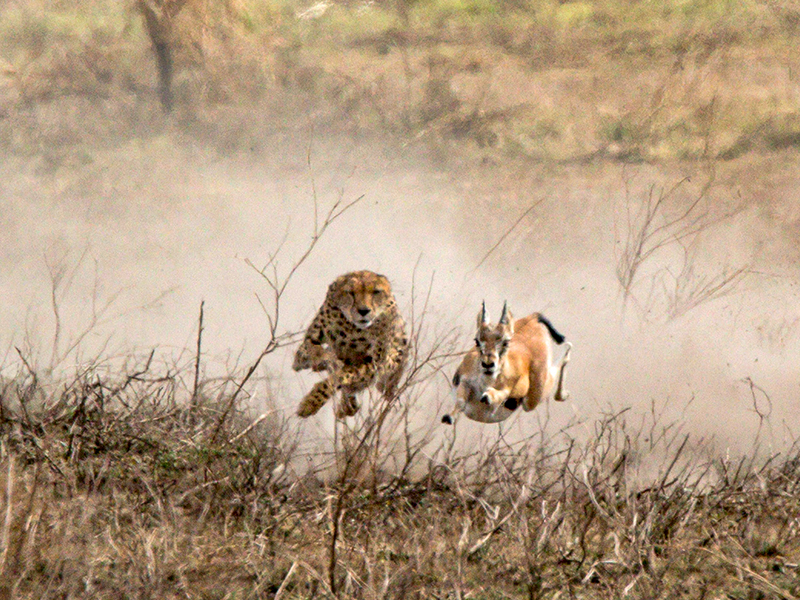 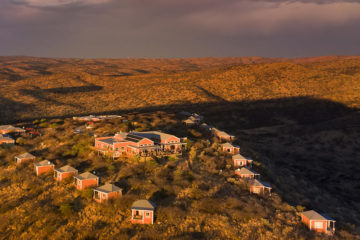 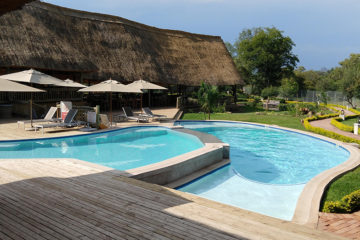 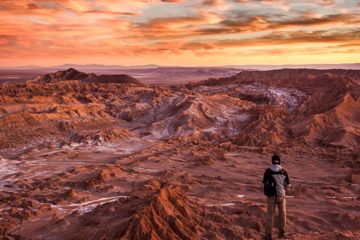